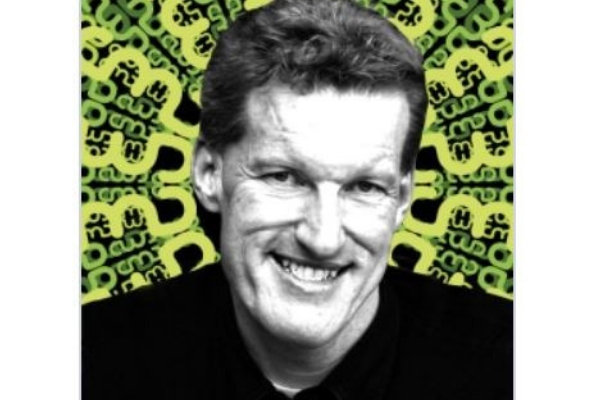 For Don McMillan, corporate comedy is where worn-out corporate jargon and hackneyed marketing presentation techniques are the butt of the joke. That’s where this keynote speaker makes his bones.

Don is a comedian who hails from San Fransisco, California. He’s a tech engineer turned comedian, which pretty much tells you everything you need to know. You see, the job of an engineer is to find solutions to real problems. To do that, one must have an obsessive inclination to mercilessly apply logic and plain old horse sense. The inevitable clash between his desire to seek sensible solutions and communicating with upper management personnel eventually drove him to comedy.

He graduated from Stanford with a Master’s in Electrical Engineering in 1982 and marched off to work for AT&T Bell Labs. There, he served on the team that developed the first 32-bit microprocessor. But he soon began to notice that the corporate memos were coming faster than ever, now that upper management had obtained increased processing power. So he scampered off to Silicon Valley to work as a computer chip designer for VLSI Technology. Over the following half-decade, he developed dozens of ASIC designs, many of which are still in mainline use to this day.

Moving from boardroom boredom to corporate comedy, Don eventually found a way to get paid as a funny man.

His comedic style takes aim at the sophomoric—and often meaningless—corporate and technical language that is foisted on unseasoned marketing people. In case you’re asking yourself, “Is corporate comedy really a thing?”, it is. CBS BNET named Don the number one comedian in this category.

Still not convinced? Put yourself into the shoes of the movie Office Space, but now, be learning how not to give presentations (rather than just meditating on how therapeutic it would be to kick a copy machine to death) as Don systematically mocks and derides everything that’s wrong with the average marketing presentation.

Don’s style of comedy pokes fun at bad PowerPoint presentations, meaningless terms used in meaningless ways, and all the nonsense that got in the way of so many people making sense for so many years in corporate culture.

What to Look Forward To

Don provides an important service to the ever-learning marketing professional: a healthy dose of perspective and a resetting of the bar when it comes to delivering serious ideas rather than sales-oriented word-salad. He’ll be giving us a healthy dose of his comedic perspective in the 60-minute closing keynotes presentation entitled “8 Comedy Markers.”

In this session, Don will impart his time tested skills in the art of mixing marketing presentation skills and comedy. You’ll learn how to latch onto prospective customers and generate brand loyalty. But most importantly, you get first-hand advice on how to rid your content, rhetoric, and presentations of all the tired and wearisome mistakes that make people’s eyes glaze over.

This year’s Content Marketing Conference is sure to create conversations. Don’t miss out on your chance to be part of the action. Reserve your spot today!