So What Brings You Here? CMC’s Comedy Day Speakers’ Journeys from Boardroom Boredom to Corporate Comedy 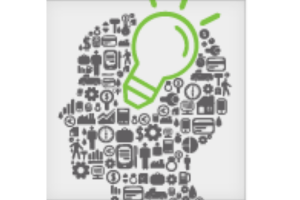 We know why you are coming to the 2019 Content Marketing Conference in Boston – you want to learn how to improve your organization’s bottom line from the world’s top marketing gurus.

But what about the speakers you’ll heart at CMC’s Comedy Marketing Day on Friday, April 19th? What brings them here?

Each speaker at CMC has taken a different road to the conference in Boston. Some received formal training in comedy or public speaking. Others come straight from the boardroom. A handful of speakers are successful authors. A couple of them just barged in.

All of the speakers at CMC’s Comedy Marketing Day have traveled long, interesting and sometimes weird paths to share their vast knowledge of content marketing in Boston this April. Here is what we know about them.

Don McMillan started his career by earning a Master’s Degree in Electrical Engineering from Stanford University, which he used to get a great gig with AT&T Bell Laboratories. There, he joined up with a bunch of big-brained people to design the world’s first 32-bit microprocessor, which helped make computers capable of handling the content marketers would someday create. McMillan then moved to Silicon Valley, where he designed another 50 computer chips.

When he wasn’t being geeky, McMillan was being funny. He won the 16th Annual San Francisco International Stand-Up Comedy Competition in 1991 and became the $100,000 Grand Champion on “Star Search” in 1993. Embracing his “Technically Funny” side, McMillan started performing corporate comedy for IBM, Apple, Sun Microsystems and Cisco.

Sarah Cooper began her journey to Boston a few years back when the blog she wrote, “10 Tricks to Appear Smart in Meetings,” went viral. In just a few weeks, she went from unassuming user experience designer for companies like Yahoo! and Google to one of the most popular kids on the internet. Inspired to reach greater heights and wider audiences, Cooper expanded her blog into a best-selling book “100 Tricks to Appear Smart in Meetings: How to Get By Without Even Trying.”

Today, she is the creator and writer of the satirical site, TheCooperReview.com, and performs standup comedy in clubs and other locations in the San Francisco area. Sarah Cooper also speaks about incorporating humor into writing.

Josh Bernoff studied mathematics in the Ph.D. program at MIT and was a National Science Foundation fellow before launching a whirlwind writing career penning product definitions, online tutorials and press releases for technology startups. On his way to Boston, Bernoff co-authored three books on business strategy. His books include the bestseller Groundswell and “Writing Without Bullshit: Boost Your Career by Saying What You Mean.” He keeps his content marketing wits sharp by writing a daily blog at withoutbullshit.com.

Andrew Tarvin embarked on his journey to Boston as the world’s first Humor Engineer by managing really, really big projects for Proctor & Gamble. Having performed in more than 1,000 shows worldwide, Tarvin is also an accomplished comedian. Today, Andrew combines his experience as a comedian with business background to run Humor That Works, which helps workers be more productive, feel less stress and be happier.

Even though he is from Boston, Norm Laviolette has come a long way to be at this year’s CMC Comedy Marketing Day. Laviolette is the co-founder of the legendary Improv Asylum, helped create the comedy club Laugh Boston, and became CEO of Asylum Gaming and E-sports. He has been in the funny business for more than 20 years, and today he is glad to share some of his more effective improv tips and techniques that can help your organization laugh all the way to the bank.

Even though she had very little interest in acting, and nobody seemed interested in hiring her as an actress, Nadya Khoja earned a degree in theater anyway. Then she got a job in digital marketing, even though she had absolutely no experience and very little interest in that either. As it turns out, though, she was really good at it. She screwed around with the infographic tool provided by the company, Venngage, and inadvertently increased the company’s revenue. A bunch of high profile magazines, such as Forbes, Mashable, Huffington Post and Entrepreneur, started doing features on her.

Khoja then started doing what any woman in her position would do – start the webseries and podcast Drunk Entrepreneurs, in which she get plastered with industry leaders and spills secrets on success. Seems legit, right?

David Nihill had graduated from UCD Michael Smurfit Graduate Business School in Dublin shortly before his good friend suffered a debilitating spinal cord injury. To help his friend, Nihill offered to host a benefit comedy show even though he was terrified of speaking in public. To overcome his fear, Nihill showed up at comedy clubs, pretending to be a world-famous comedian.

Nihill is still showing up at comedy clubs and conventions, but as an accomplished and unafraid public speaker, owner of FunnyBizz Conference and the author of the bestselling book, Do You Talk Funny?

Tim Washer spent 20 years working as a mild-mannered employee at IBM, Cisco and Accenture, but moonlighted as a crazily funny comedy writer and funny fellow. Washer took his comedy very seriously, studying improv with Amy Poehler and the executive producers of The Colbert Report, Tom Purcell. Washer has also made appearances on Saturday Night Live, Conan O’Brien and HBO’s Last Week Tonight with John Oliver. Today, Washer performs at corporate events for some notable businesses and organizations, such as Cisco, the Centers for Disease Control (CDC), IBM, Google, and even at The White House.

Washer and the rest of the speakers at CMC’s Comedy Marketing Day have come a long way to bring you the most up-to-date information about improving your bottom line by infusing comedy into your content marketing efforts. What a long, strange trip it’s been.