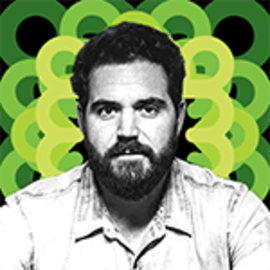 The Content Marketing Conference is proud to present Michael Albanese as one of our keynote speakers. Michael Albanese is a comedian based in New York. Mike appears as a recurring character on the BET’s popular show, “The Game,” which is about a group of women who have relationships with professional football players. He is also known for his feature film American Dirtbags (2015 — watch for FREE on Amazon), and Swamp Murders (2013). He is the host of the “Flavor Makers” cooking show now streaming. Mike also produces several showcases in New York City and the “Red Clay Comedy Festival” annually in Atlanta, GA.

Where Mike Gets His Humor

Mike finds humor from everyday life experiences. He often talks about his crippling paranoia, his struggle with his health, and the longing for that perfect girl whom he will inevitably blow it with in his stand up comedy.  He is able to take his hard won experiences and laugh about them. Whether he’s talking about his favorite reality TV show, his heart surgery, or bunking with his three other roommates in New York, Mike is able to find humor in the darkest situations.

Mike’s humor takes ordinary situations and everyday life experiences and finds new and humorous ways of looking at them. To be ultimately successful in content marketing, you have to use humor to your advantage both in the business side and in connecting with your clients and customers.  Most customers respond well to humorous campaigns if judiciously applied, and seeing humor in everyday experiences is likely to resonate with customers. Like his movie, “American Dirtbags,” you can make the wrong choices in content marketing just as his and other characters make the wrong choices in their lives, that can have hilarious but also tragic consequences. Mike and other comedy keynote speakers are at CMC2020 to prove that content marketing doesn’t have to be stale, boring, and dull.

Of course, CMC2020 is the premier content marketing conference of the year, but we don’t take ourselves too seriously. That’s why we offer our Comedy Keynote Series so that you have some time to sit back and relax, and enjoy some of the best comedians around. Come to CMC2020 on April 21 – 23, 2020, in Boston! See you there.

Maggie B. is a professional, multiple award-winning writer and editor of more than 30 books and more than a thousand articles. She earned her Master’s Degree in Liberal Studies with an emphasis in creative writing at the University of Denver. She has written articles on science, pets, sustainability, hunting, technology, outdoors and recreation, food, writing, publishing, careers, and other topics. She is the publisher for Sky Warrior Books and Garnet Mountain Press.