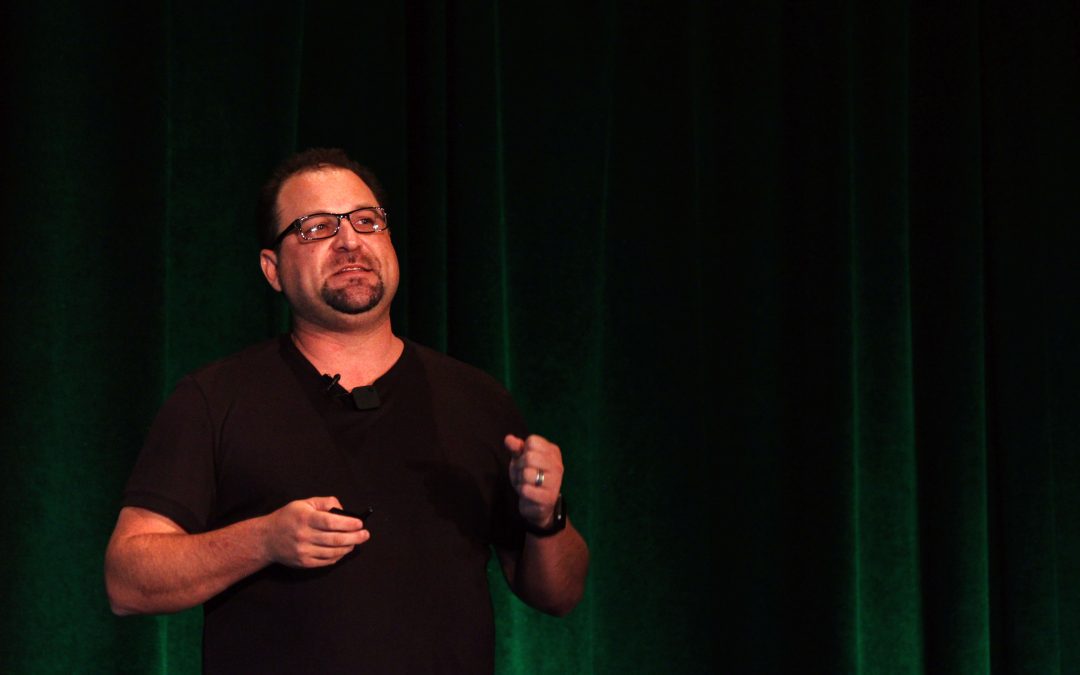 As the closing keynote in the last time slot on the last day of the 2016 Content Marketing Conference, Bryan Kramer’s “Shareology: How Sharing Powers the Human Economy” presentation face some difficult. People were tired. The expo hall was mid-dismantlement. Our brains were tingly and overstimulated. Also, the blackjack tables were really, really close. But this is Bryan Kramer, and the guy knows how to interest his audience.

Cue the slide show. One lonely slide: a sphere, labeled “circle of trust,” and a dot, labeled ‘ 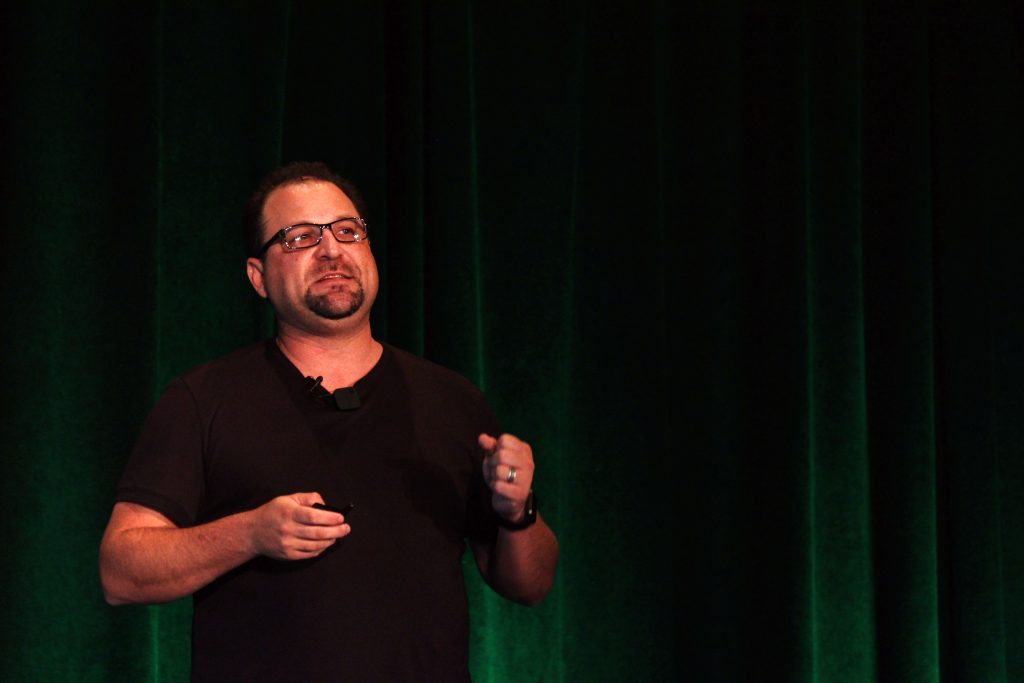 I’m both intrigued and bothered by the niggling notion that I, a content marketing expert, might be untrustworthy.

I’m ready for him to start sharing. (Also, I might need a hug.)

Much of Kramer’s presentation was laden with pop-culture references, a signature approach that’s no surprise if you’ve read his book, Shareology, How Sharing is Powering the Human Economy. Kramer regaled us with the time he encountered three Las Vegas street performers dressed as Darth Vader, Chewbacca, and a Storm Trooper. The trio encouraged Kramer to come over and take a picture, which he did. Before he had a chance to do much more than say “cheese,” the Storm Trooper said something untowardly to Chewbacca who in turn punched the Storm Trooper. As a brawl broke out around them, Darth Vader leaned into Brian Kramer and said, signature breathy voice intact, “I’ve had it with these two.”

And with that brief tale, I’ve demonstrated four things:

Kramer would likely argue the fourth item is the most important, and after his keynote, I would have to agree. He shared the same story on social media for a reason: it wasn’t business-relevant, necessarily, but it fit in with his personality, and his personality is a big part of his brand.

Which brings us back to Focker. If you’re not familiar with the Ben Stiller franchise, the Fockers are an odd-yet-authentic (in a sort of sweet way) bunch. As described by Kramer, the qualities of a Focker are:

To be a great sharer – to connect with your audience by sharing – you and your brand should be real Fockers.

The terms B2B and B2C are used so often they’ve practically lost all meaning, but even more concerning, they seem outdated. Why are we talking to companies like they’re soulless or people like they don’t have buying power? Kramer reframed modern communication as follows:

There’s a definite dichotomy between personalized content and the soulless automation epitomized by, say, the Internet of Things, and that’s what Kramer’s presentation stressed. Let’s understand how we’re different and learn to us the imperfect, emotional, heart-heavy mess that is humanity to our advantage.

Thriving in the Human Economy

None is more important than the other, they’re just different. Learn what type of emotion (or type of sharing) each one thrives on, and you have better insight into how to forge that H2H connection with them. Given the importance of a connection in turning consumers into customers and customers into brand loyalists, sharing-based relationships are nothing short of essential to any marketing strategy.

We all share for one reason: to connect. We want to make people laugh or change the world or build our own reputation or educate the public. We judge people on what they share, but we also judge them on the source of the material they shared. We assume a great deal about people based simply on their sharing habits, and it influences how we choose to connect with them – and even whether we want to connect with them at all – in future.

Just a few weeks after CMC, a woman in a Chewbacca mask practically took over social media. I immediately thought of Shareology and Bryan Kramer. This woman had taped herself trying out her new mask, giggling with unabashed delight for the entirety of the several-minute video. It went viral almost instantly. Everyone who shared it smiled, and it was the “human story” highlighting tons of newscasts – even Kohls, the retailer behind the mask, shared a tape of their representatives showering the still-giggling woman and her family with gifts. Why? In their own words, “you made us laugh, and we wanted to return the favor.”

Talk about a share-based connection.

Kramer used his own demonstration to prove the power one person has on a crowd. After asking everyone who had ever done “the wave,” he picked the one guy who said he’d never done one and asked him to lead the crowd in the ballroom in an end-of-CMC wave. We were all smiling and silently rooting for him as he nervously stood up, stuck his hands in the air, and watched successive waves of people follow suit. We all settled back into our seats, grinning and nodding to each other.