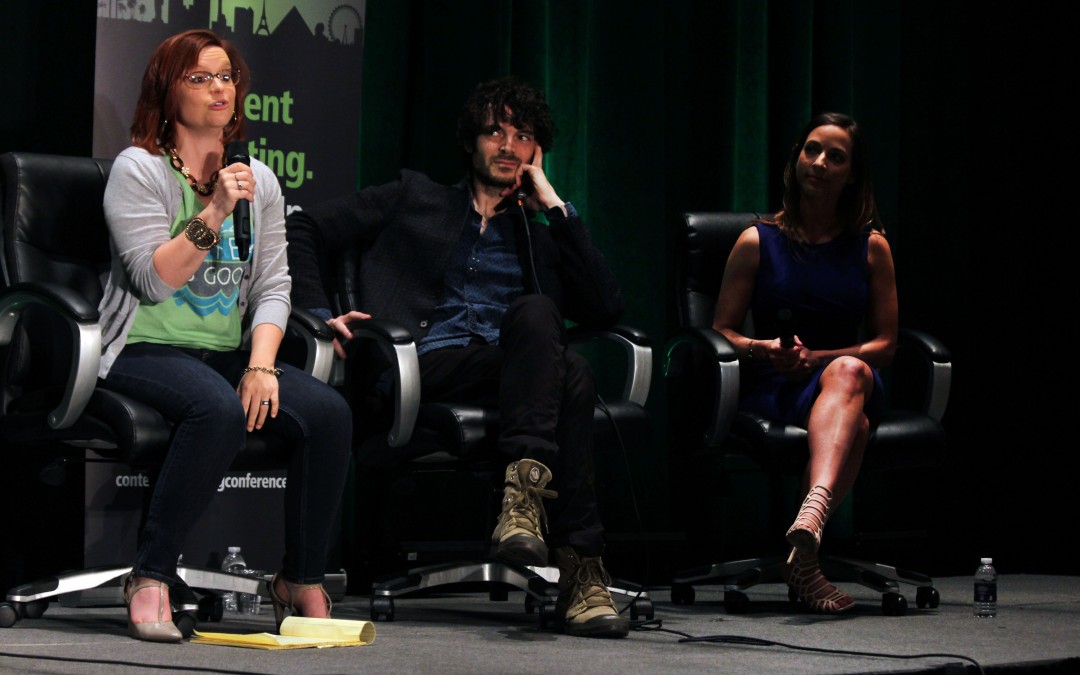 Day one of the 2016 Content Marketing Conference was winding to a close when this so-called “Fireside Chat” with moderator Byron White, CEO of WriterAccess and conference chair, took the stage. A few people wiggled in their seats, the promised cocktail hour looming in the not-so-distant future, but we were quickly intoxicated by something else altogether – what if we could turn the truest part of ourselves into something powerful enough to affect real change?

These three people have, and in just under an hour, they did a pretty beautiful job of inspiring the rest of us.

Will Dailey, Rock Star – Dailey’s job title might seem self-aggrandizing if not for two things: one, I’m pretty sure he didn’t dictate how he would be labeled in the program, and two, this is a guy with more swag, charisma, and genuine affinity for music than pretty much anyone currently squatting on the Billboard 100. More importantly in terms of his presence at CMC16, Dailey is a marketing guru who approaches his professional growth with remarkable authenticity. He resonates because of who he is, and who he is has become the very foundation of why he is successful.

Jessica Ann, CEO and Creative Director of Jessica Ann Media – Jessica Ann is an experienced storyteller, having spent years producing news for national outlets such as NBC Newschannel and XM Radio and writing for a variety of publications, but these days she helps brands creative compelling content centered around three words: listen, explore, and evolve.

Amanda Goodwin, Head of Storytelling & Stewardship at the Life is Good Kids Foundation – The Life is Good Foundation helps kids who have experienced childhood trauma find ways to heal. It’s social work on a nearly global scale, and Goodwin is the person who makes a lot of that work possible not only through fundraising but by getting her foundation’s message out to the people who can help her make a difference. 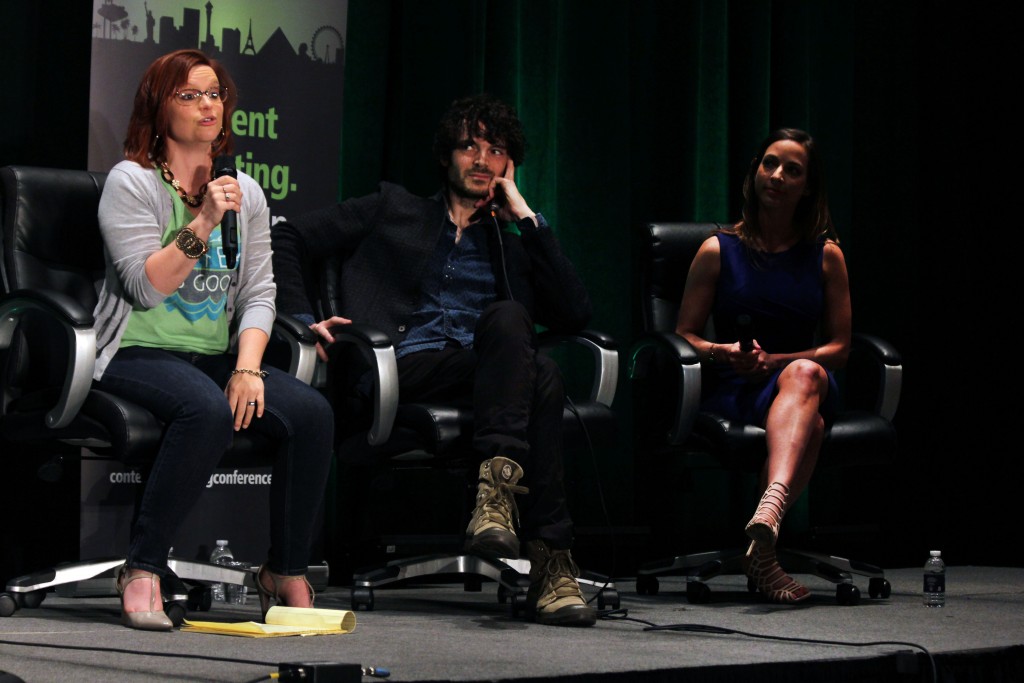 “Human content is the essential part of a brand’s story.” We spend so much time thinking almost clinically about how we’re constructing our company’s image, and with just 10 words, Jessica Ann nailed it. A major theme of CMC16 was the idea that the marketing industry is shifting from B2B and B2C to H2H – human to human communication. Companies aren’t robotic entities that operate without emotion but rather groups of humans that are affected by the very same thing the average consumer is.

They’re also excellent at detecting B.S. Being who you are is imperative to your success. As an indie musician, Dailey lacks the financial backing and Goliath-like clout that comes with a major label contract, but he also doesn’t have to make the soul-crushing compromises that often go hand-in-hand with instant fame and fortune. Authenticity is a slow burn, but at least it’s an honest one.

There’s another angle to authenticity, too. How are you interacting with the people and brands with whom you collaborate? Dailey recalled the countless times he’d been approached by sponsors or venues only to be told how he should dress, what songs he should play, and even what he should say to the audience. Why hire someone for their voice and then immediately muffle them? He rolls with the punches and accepts the experiences as they come (“I picked up a guitar when I was 12 years old and I thought to myself, ‘I want to speak at conferences someday.’”) but he never loses himself in the process.

At one point, Goodwin spoke about our society’s pervasive “I have to” attitude, as in “I have to go to work,” “I have to take the kids to school,” or “I have to figure out our mission statement.” It’s both damaging and defeatist. Imagine, instead, what you could do if you approached a problem from a place of “I get to solve this.” What could you convey if you felt overwhelming privilege because you got to tell your brand story?

Dailey told a story about the first event he played during his collaboration with Goodwin and Life is Good. Right around the time he was introduced, the event’s open bar began serving drinks. Not surprisingly, the audience’s focus was not so much divided as it was totally redirected towards the free booze. Dailey felt defeated, then angry, then, slowly, empowered. He didn’t have to play to this crowd of distracted drinkers, he got to. He just had to figure out how. And he did.

He unplugged his guitar and left the stage, dragging a chair to the middle of the room. Perched precariously on the seat, totally acoustic, he started to sing and play. Creativity won the day – his crazy, out-of-the-box approach got everyone’s attention and then the quality of his message kept it.

Connection has always been the goal of social marketing; the next big theme is discovering how we nurture it: