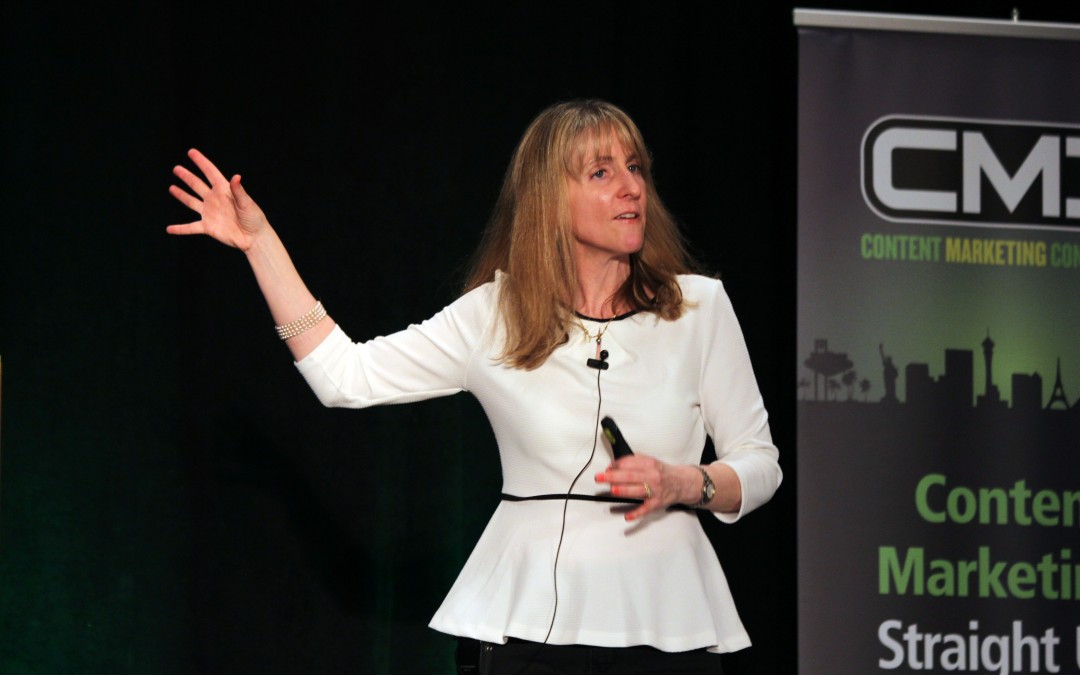 Robin Williams, Jonathan Winters, Who’s Line Is It Anyway?  are three of the biggest names associated with improvisation, or improv for short. This form of live theater creates characters, plots, and dialog at the spur of the moment, often using suggestions from the audience as inspiration. Improv also works well for consistently generating ideas for marketing content. At this year’s Content Marketing Conference, storyteller and improv veteran Kathy Klotz-Guest showed her audience how it’s done at her session, “How to Consistently Generate Fresh Content Marketing Ideas with Improv Comedy.”

First, a flash back. Kathy was a senior marketing director of a Silicon Valley high-tech firm when the vice-president of the company came running into her office after the VP’s boss had been fired.

The expression on Kathy’s face was less than receptive.

She nodded, still wondering how that was related to brainstorming.

“Then you can run the brainstorming part.”

She wanted to say “no” because she had too much work and not enough time. But improv taught her to always say “yes,” especially to a challenge. So she took a deep breath and used her well-honed skills of thinking on her feet to come up with a plan.

Mostly dour and skeptical expressions greeted Kathy when she reached the conference room. And when she proposed a simple improv exercise, only two of the attendees leaped at the chance. Soon her proteges were giddier than five-year-olds as they laughed about their brainstorming ideas, unfettered by conventions and rules. Seeing how much fun the two were having, other members of the group slowly joined in. New words, topics, and proposals quickly filled the whiteboard.

The VP was the last holdout.

“Are you having fun?” asked Kathy.

The VP shook his head.

She pointed the way and the joined the fray. The brainstorming session proved so successful that each one after that relied on improv techniques as standard procedure. 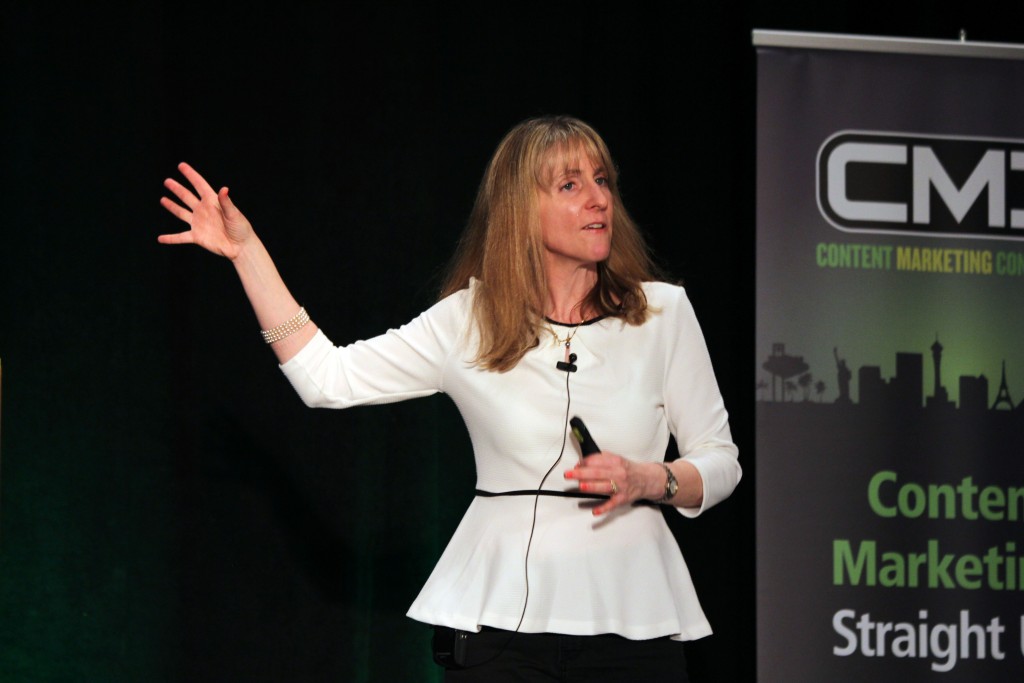 Kathy now owns Keeping It Human, which helps businesses with marketing. She offers the following steps for generating content marketing ideas through improv.

When working with someone else to generate ideas, forget about yourself. Instead, focus on making your partner look good, which takes the self-induced pressure off you. Encourage him, always approve of his suggestions, and he’ll do the same for you. You’ll then generate many content ideas from which you can choose the best ones to work on.

If you still need more help, ask your target audience for suggestions. You can interview a few that you bring in, with suitable bribes of lunch or a snack. If you prefer responses from a greater number of people, run surveys or contests, and put the ideas online to see what everyone else thinks of them.

If you’re having trouble generating enough content ideas, try flipping the original idea assumption upside down or in reverse. For example, if you tried to come up with 100 reasons to sell the pen more effectively, you may stop at only 10 or 20 ideas. But if you flipped that assumption around by coming up with reasons to sell the pen in the worst way possible, your possibilities become endless. You can then flip the reason around to come up with a usable idea.

For example, one of the worst ways to sell a pen is to hide it in a drawer full of stuff that’s the same color as the body of the pen. Look for the opposite of that reason, which would be to display the pen outside a drawer among items with a color that contrasts with the body color of the pen. You suddenly have an idea that makes the pen stand out among other merchandise.