5 Steps to Become a Contributor to Forbes, Mashable, TechCrunch and More 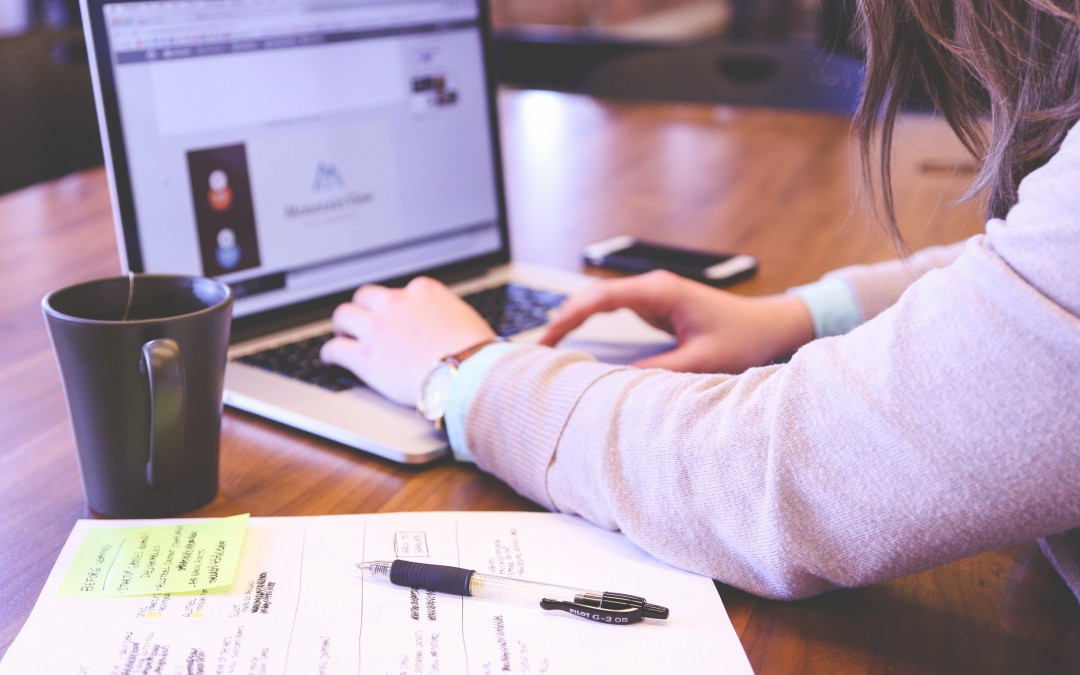 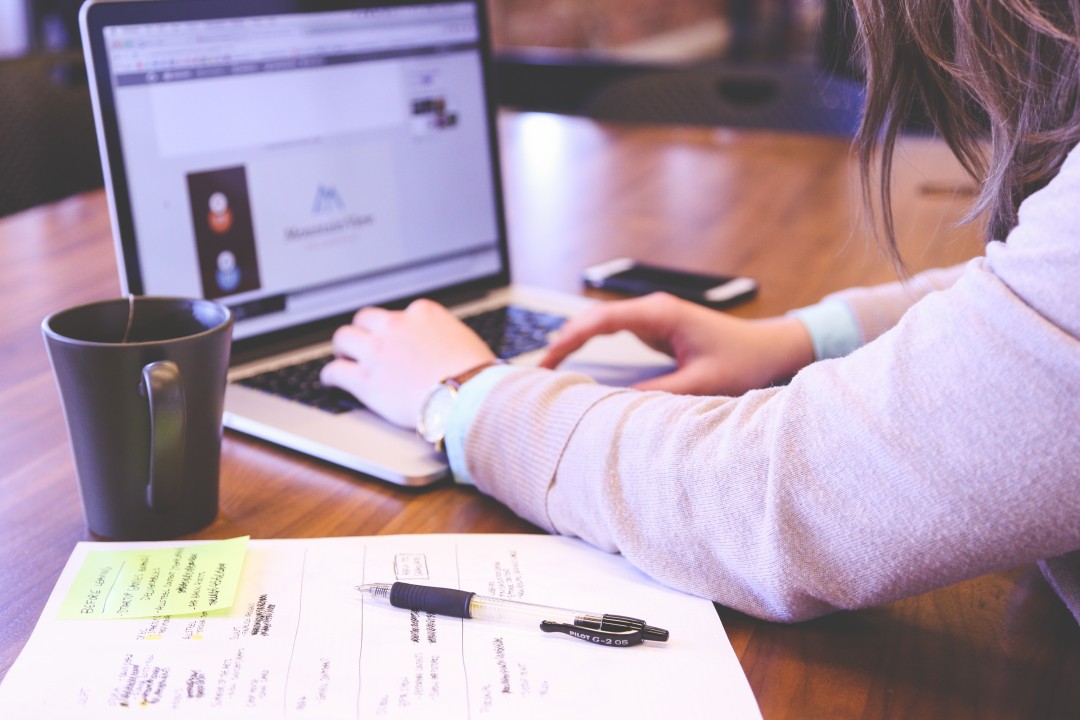 Editors Note: This post is a preview of our webinar with CMC speaker Josh Steimle. Watch the on-demand recording to hear Josh tell his story in full detail.

Three years ago I decided I wanted to get some of those media badges to put on my agency’s website. You know, those logos from publications like Forbes, Inc., and TechCrunch that people put on their homepage under a line saying “As seen in…” I thought it would add credibility and help my agency land more deals.

I went to meet with my friend who ran a PR firm to talk about getting my agency featured somehow in some of these publications. During our discussion I brought up that I had noticed some of her articles on the Forbes website. I was impressed and asked her how that worked, and she explained the contributor model Forbes had.

My friend explained to me that Forbes has a few hundred staff writers who work full time for the publication, and several hundred unpaid contributors, like my friend. Contributors are experts in their field and they write for a certain vertical, like tech, entrepreneurs, lifestyle, or leadership. Contributors are asked to submit at least one article per week, tied to their vertical. Certain guidelines are provided, but all posts are made without editorial review prior to publishing. Any editorial review happens after a post is made, which is both a strength and weakness for Forbes, although I believe the pros far outweigh the cons.

I found the Forbes model fascinating. It had never occurred to me that “normal” people could write for such a big publication. I had started writing on my own blog around 2001 and had published around 900 posts. I wrote about my experiences as an entrepreneur, but I didn’t take my writing too seriously. For me, it was something I enjoyed, and if anyone else enjoyed it or found it helpful that was icing on the cake.

After my friend explained the Forbes model I asked “How did you get this gig?”

“Are you interested?” she asked. “My editor will be in town in two weeks for an event. Come to it and I’ll introduce you to him and we’ll see what happens!”

At first I was flattered my friend thought I might be able to write for a publication like Forbes. And it sounded like an amazing opportunity. Then I thought about how busy I was. How could I take on a commitment like that? It didn’t seem feasible. I opened my mouth to say “Well, actually…” and then I stopped myself. This was too big of an opportunity. If there was any possibility I could do this, I had to look into it. The funny thing is I had no idea it would impact my business at the time, I just thought it would be fun and who knows, maybe good professionally, somehow.

To make a long story short, I met the editor, we hit it off, and I started writing for Forbes. That opened many doors. I was able to leverage my experience at Forbes to publish in other venues including VentureBeat, TechCrunch, Mashable, Entrepreneur, and Time. As a direct result of my writing I’ve been invited to be on national TV and radio, and got a book deal with an established publisher. I was invited to give a TEDx talk, and get invited to speak at conferences and events with all expenses paid and speakers fees on top. But perhaps the most tangible, direct benefit was that during the first year I was writing for Forbes my agency grew revenues by over 1,000%. Sometimes people ask me if writing a post for Forbes every week is worth the hassle, and I have to chuckle.

But enough about me, how can you become a contributor to Forbes, the Huffington Post, Inc., Fast Company, or any other publication?

Here are five steps to make it happen.

What do you know better than anyone else? It’s probably the intersection of one or more fields. Lots of people know marketing. Lots of people know the law. A relatively small number of people are experts on marketing and legal matters. What overlapping interest do you have that make you unique? That’s your niche.

What publication would be the best fit for your writing while giving you the exposure you want? The content that goes on Forbes generally isn’t a fit for TechCrunch, and vice versa.

You want to get your writing into a major publication and drive exposure for yourself and your business interests, but forget about what you want–think about what the editor wants. He wants writers who produce lots of great content that doesn’t require any editing. You’re going to have to show him that you are that kind of writer.

Start writing the kind of posts you think are worthy of being in the publication of your choice. Publish these on your own blog. Syndicate them on Medium, LinkedIn Pulse, BuzzFeed Community, and anywhere else you can put that content. Share your posts on Facebook, LinkedIn, Twitter, and every other social media channel you can. Learn what posts get read, get comments, get shared. Refine your writing by visiting websites like Copyblogger and reading books like Everybody Writes by Ann Handley.

A lot of contributors are active on Twitter. Quote from and link to articles by contributors (and especially editors who are also writers) regularly in your own writing, then tweet your article and include the handle of those you’ve quoted. Don’t overdo it, but do this once in awhile and I guarantee you’ll get their attention and they’ll read what you’ve written. If your writing is great, you stand a good chance of being invited to become a contributor.

Befriend contributors. But take it easy. Sending an email to a contributor saying “I want to be a contributor just like you, can you introduce me to your editor?” doesn’t work. Instead, read 10 articles by a contributor, then send a short email saying “I’ve been reading your posts lately and really enjoy them. What kind of stories are you working on now? Are there any particular types of sources you’re looking to talk to?” This introduction is much more likely to elicit a positive response. In many cases you’ll get no response, but if you have a respectful, polite approach that doesn’t require a lot of the contributor’s time to respond to, you’ll get a response here and there.

What if you try to become a contributor and it doesn’t work? First, try again. Even after I was a contributor to several other publications with a track record behind me, it still took me several tries with both TechCrunch and Mashable before I got in. Second, try for smaller publications. Writing for a local or niche publication can be great training and open doors for larger opportunities. Third, keep posting in places like Medium and LinkedIn Pulse. You might find you get better results there anyway. More than once I’ve posted content on Forbes, then syndicated it on LinkedIn Pulse, and have been surprised to see the same content get ten times the traffic and views on LinkedIn as on Forbes.

Josh Steimle is an author, speaker, and entrepreneur. He has written over 200 articles for publications like Forbes, Mashable, TechCrunch, and Time, and is the author of Chief Marketing Officers at Work: How Top Marketers Build Customer Loyalty. Steimle is a TEDx speaker and has presented at conferences like ClickZ Live, Adtech, Social Media Week. He is also the founder and CEO of MWI, a digital marketing firm he founded in 1999 with offices in Hong Kong and the U.S. Steimle was recently recognized by Entrepreneur magazine as one of 50 Online Marketing Influencers To Watch in 2016. Follow him on Twitter.

Be sure to catch his session at Content Marketing Conference this May!