Can You Plan to Make Your Content Go Viral? 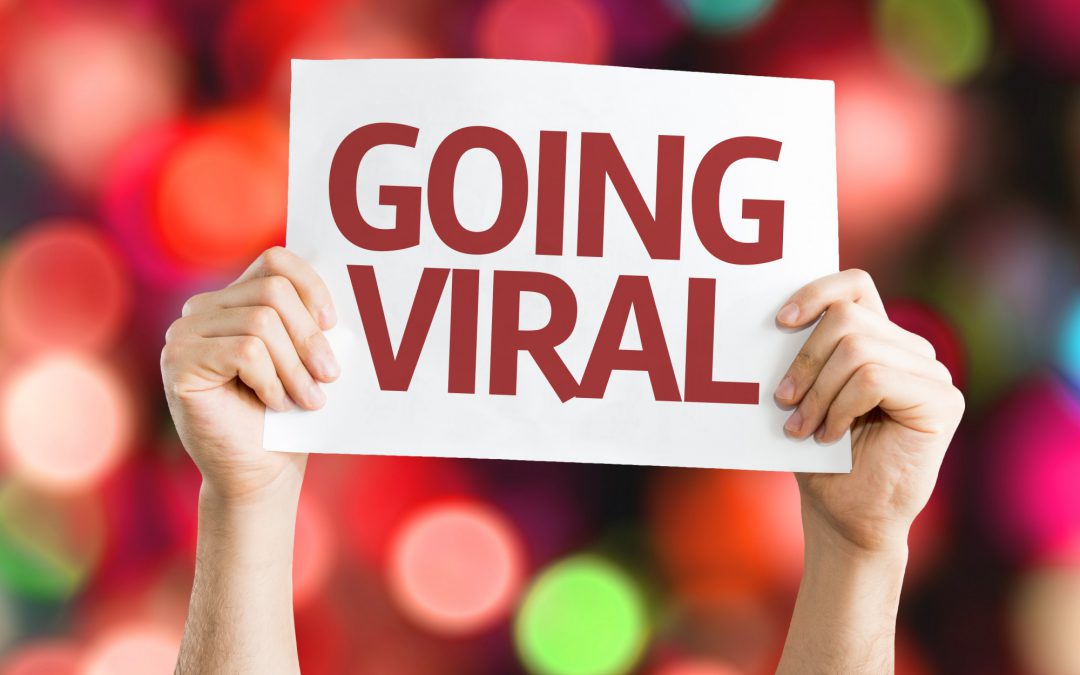 Every content strategist, marketer, or writer dreams of the day they hit the magic formula that causes a piece to go viral. A sudden influx of millions of site visits can do wonders for your bottom line. And a truly viral piece can have people talking about your brand for months or years.

But can you really plan for your content to go viral?

I still have my doubts, but Nadya Khoja, Director of Marketing for Venngage infographics, believes that there are 12 principles of viral content.

With wit and wisdom, she divulged these principles to CMC18 attendees, and I was lucky enough to be in her audience.

Did you miss it? This recap can spark some ideas for creating content that goes viral.

People like to know the answers to their problems. You probably remember the picture of a dress in 2015. Some people saw the dress as blue and black. Others saw it as white and gold, and I continue to question whether these folks have a firm grasp on reality. People went nuts with this because it’s such an odd problem. How could people see such drastically different things?

Soon after, articles where scientists explained how people see color started becoming viral. Normally, people wouldn’t care to read a scientific explanation of color, but because these pieces solved the burning problem of “the dress,” they went viral.

This morning, everyone’s going nuts over whether you can hear “yanny” or “laurel.” I suspect we’ll see some viral answers in a day or two. (Update: The answers are out there.)

Hacks are even more popular than full solutions. If you can easily simplify your concept to a catchy phrase or present the idea as a magical solution, the idea could go viral.

Nadya says that we see this with Marie Kondo’s KonMari method of decluttering. If you’re not familiar with the concept, it involves asking yourself “Does this bring me joy?” when considering whether or not to keep an object. If it does, you keep it. If it doesn’t, you get rid of it.

This works better than other concepts where you have to think about whether or not you’ve used an object for the past xx months.

Come up with an easy-to-understand hack or catchphrase, and people will start sharing your content.

A well-created myth-busting piece of content can go viral quickly because it creates controversy.People LOVE to spout off their opinions, and in this day and age, everyone has the opportunity to do so, no matter how ridiculous their ideas are.

People LOVE to spout off their opinions, and in this day and age, everyone has the opportunity to do so, no matter how ridiculous their ideas are. CLICK TO TWEET!

Myth-busting content is the type of thing that you see people sharing on Facebook or Twitter with a little preface about how they agree or disagree with the piece.

Venngage successfully did this with their infographic that busts myths about Millennials. Check it out!

You may not necessarily want to bust a myth, but you can also create controversy by challenging some common conceptions. The difference between this and the previous principle is that here, you’re not necessarily using facts or research. You’ve just done a good job of arguing against some common knowledge.

Nadya’s example for this relates to the Super Bowl. Everyone knows that the ads that run during the Super Bowl are the most expensive ads out there. Some might argue that it’s a waste of money, but there’s no doubt that these ad spots are expensive.

When Stephen Dubner argued on the Freakonomics blog that the ads for the Super Bowl are actually too cheap, he caused quite a stir. See what I mean?

Sometimes, the content in your industry gets stale. Everyone already knows the arguments for or against a certain thing, so they don’t need to read another re-hash of the available information.

You need them to look at things differently.

For instance, Nadya talked about the idea that we all have heard the reasons why vaccines are important. Many people have already made up their minds on the issue.

The infographic from the Gates Foundation on the Deadliest Animal in the World (spoiler: the mosquito) puts things into a different perspective. If you’re traveling to a place where mosquitoes could give you Yellow Fever, seeing how much more likely you are to die from a mosquito than from any other type of animal — including humans — can prompt you to set up an appointment with your doctor. It also highlights why it’s so important to create a malaria vaccine.

Bring in a New Perspective

I know I keep saying that the same old content gets boring. Are you bored yet?

The key is that there are different ways of dealing with it.

For this principle, Nadya mentioned something about unicorns and basketball that I didn’t really understand because I’ve worked so hard to craft a life that doesn’t include sports.

But I do understand parenting. And as parents, we’re constantly bombarded with expert advice on how to do things: What to Expect, Dr. Sears, and all the other experts tell you that you should be a force of calm amidst the chaos.

The fresh perspective offered by Scary Mommy was novel a few years ago, and many of those posts would go viral because the writers were freely talking about some of those less-magical moments of parenting.

The take-home here? Be a little scary.

If you were at CMC18, you probably heard a few speakers talk about the value of the mashup: putting two seemingly unrelated things together. It’s a classic technique in comedy routines, and it apparently also works well when you want to create viral content.

Ideally, according to Nadya, you want to mashup an evergreen topic that relates to your business with a trending topic. Venngage recently did this by mashing up design — obviously an important component of their infographic business — and Star Wars. It works because they’re increasing your knowledge about design in a fun way. See it now!

You can try this with almost anything, but popular movies, books, and TV shows are always a safe bet.

Go Outside Your Immediate Field

This one should be pretty easy to understand. It’s hard to go viral when you work in a highly-specialized field and only have about 100 people who are actually interested in what you have to say. Sure, those people might pass around your content (and increase your business in doing so), but there’s no way that you’re going to reach millions of people.

Unless you broaden your horizons.

Nadya shows us how Hubspot does this. The company makes its money in CRM and marketing automation products, but a lot of their content marketing efforts relate to the general idea of inbound marketing.

Their great content gets passed around because it contains valuable information. When people then think about how they’re going to automate the process, they know who to turn to.

Tap Into a Niche or Subculture

People can get obsessed with their Thing. They talk about their favorite TV shows with co-workers. They connect in groups on Facebook based on shared interests. There are whole Reddit boards and Tumblr blogs dedicated to the most obscure things.

However, those “fun” things get a lot more recognition than whatever boring thing you’re peddling. If you can somehow incorporate that niche or subculture into your content — using, say…Supernatural gifs — then the people within that group are going to be far more likely to share it.

People love a good story, and origin stories are incredibly popular. Nadya mentions that the Marvel origin stories are often at the top of the Trending lists on Netflix, but we see this idea in a lot of different ways. Remember how exciting it was to see how crayons are made on Sesame Street?

A good writer can help you craft a compelling story.

Envision the Before and After State

Transformations are at the heart of all stories. Your main character — customer — starts out with a problem, and after enduring trials, they’re a whole new person.

As someone who’s spent a lot of money with Beachbody, I can tell you that “before and after” content works particularly well with health and wellness companies. We all like to see how a particular product helped someone get into shape or reduced wrinkles with just one application.

The idea can work in all industries, though. Think about the problems your customers have, and how they’ll be transformed after using your company’s products and solutions.

Are people going to share your content because they’re eager to help your business earn more money? Probably not.

They need to have a good reason to share your content with other people. Maybe it made them laugh. Maybe it helped them express their feelings. Maybe they’re excited about how your content solved their problem. Something about it resonated with them, and they know that it will resonate with their friends as well.

And maybe you don’t yet have a good piece of content that people want to share. You can still get people to share things — increasing engagement — by offering some type of reward.

Recently, a local tutoring center was having a contest. You had to “Like” their Facebook page and comment with your school’s name, and the company would give the school with the most mentions a bunch of snacks for the teachers. My kids don’t really need a tutor, but I participated. Our teachers now have full bellies, and I’ll be getting updates from the Tutor Doctor. They gave us a reason to share something that we might not have otherwise shared.

Nadya’s ideas highlight the things that a lot of viral content have in common, but I’m not sure that you can always hit it out of the park.

Viral content hits some type of emotional need. If you’re trying to create viral pieces by checking off a list of characteristics, there’s a good chance that your content is going to seem formulaic. And you don’t want to come off like you’re trying too hard.

Still, it doesn’t hurt to keep these ideas in mind as you plan your content strategy.