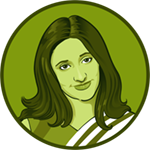 Aparna Nancherla is delighted you are here. She’s a comedian of the stand-up variety, but can often be seen sitting. She recently worked as a writer and performer for Late Night with Seth Meyers on NBC. You can also catch her on the current season of Inside Amy Schumer on Comedy Central and on the upcoming season of Judd Apatow’s Love on Netflix.

Other credits include writer and performer on Totally Biased with W. Kamau Bell and appearances on Conan, Meltdown with Jonah and Kumail, @midnight, Adam Devine’s House Party, Last Comic Standing, and Night Train with Wyatt Cenac. She has also done videos for Above Average, Refinery29, Funny or Die, Slate V, and MTV Other.